Being “creative” about collaboration for climate resilience – Opinion article 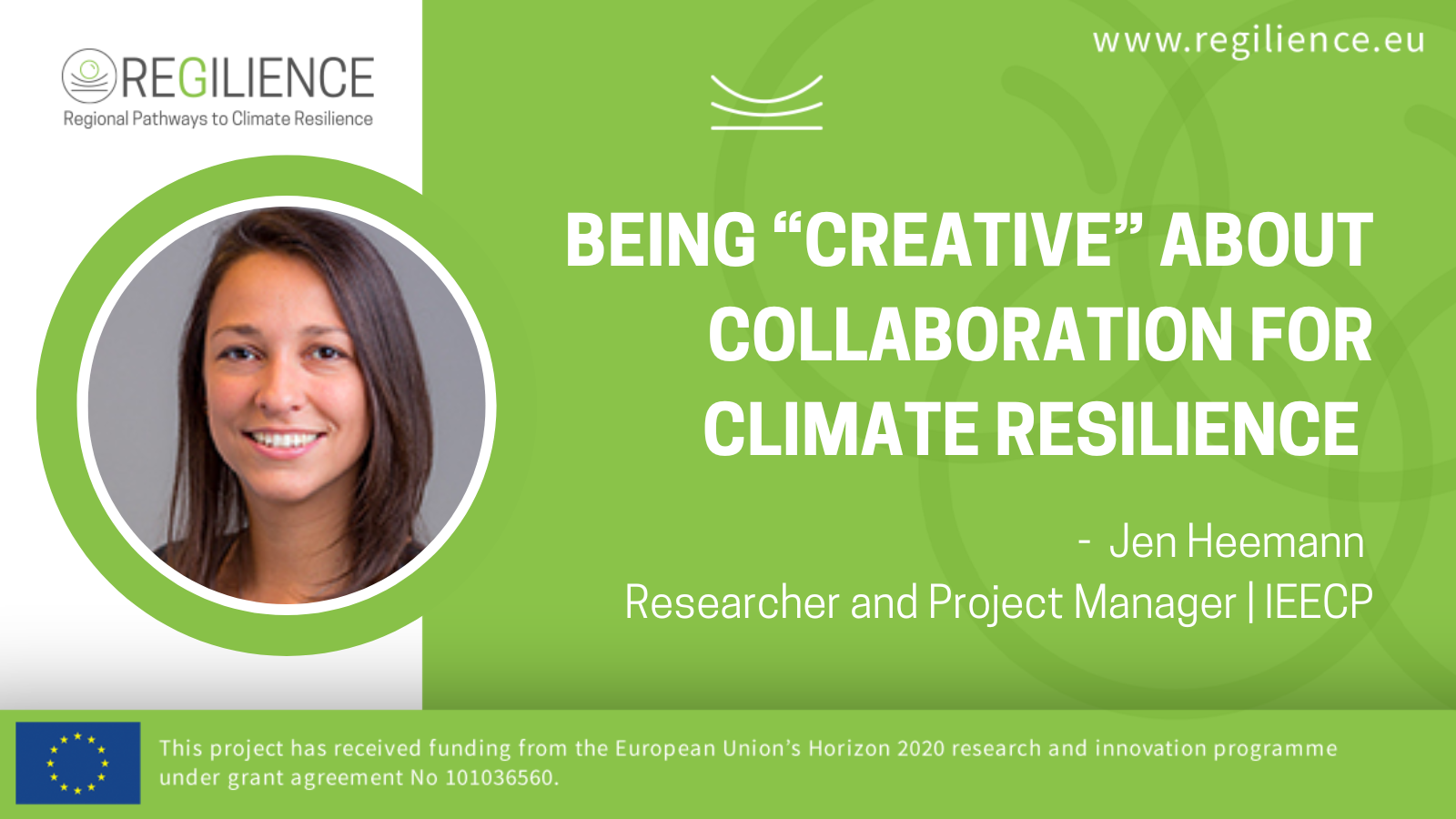 You probably experienced or heard about the persistent heatwaves that affected Europe this summer, causing wildfires and droughts, impacting people’s health and the production of food, and influencing energy demand and production, to name a few. This is an example of how natural, social, and economic systems are interconnected and interdependent. And as climate change affects multiple sectors and systems, it leads to a sequence of unforeseen and unpredictable events that impact other systems (cascade effect).

Why do we need to collaborate?

Ideas and solutions to build climate resilience must consider the interconnectedness of the systems. This is only possible by thinking “outside the box” of a certain scientific field or sector, and by involving the ones who know best how climate change impacts the region or territory: its local actors. The time asks for strengthening collaboration among people with diverse knowledge and experience.

“The sheer complexity and specialisation of science today means that attitudes of openness and collaboration are not a nice complement, but rather a critical factor for success.”
Mariana Mazzucato

In her mission-oriented strategy for the European Union, Mariana Mazzucato highlights the importance of developing new forms of collaboration among actors from varied disciplines, sectors, and backgrounds. This is not an easy task, as it entails openness and cooperation among people with diverse interests and perspectives. Therefore, it is crucial to understand how such processes can become spaces that allow the integration of different forms of knowledge while exploring commonalities and complementarities. The concept of creativity may be helpful in designing such group dynamics.

Recently, creativity has been linked to complex thinking, in which creativity is related to human interactions and work processes that lead to the creation of something (such as a policy, a strategy, knowledge, etc.). Authors such as Montuori (2017) and Runco (2007) argue that, rather than an isolated phenomenon, creativity is understood as a networked, collaborative, “bottom-up” process arising out of interactions of a given system.

In Nature of Creativity, Montuori describes the environments that support creativity, which are often not authoritarian, promoting the independence of judgment, problem-finding, and flatter organisational structures.

Furthermore, the processes that encourage creativity involve the following attributes:

From the participants’ side, it seems essential that they have both intrinsic motivation for the subject (such as fascination, enjoyment while performing the task, or feeling of accomplishment) and extrinsic motivation (such as financial incentives and social approval).

If you’re interested in methods and tools used for stakeholder engagement and co- creation processes, REGILIENCE and the projects TransformAr, IMPETUS, and ARSINOE will use varied ways of involving stakeholders. Stay tuned to discover more about such processes through the materials that will be launched in the coming year, such as TransformAr’s playbook for participatory workshops and REGILIENCE’s stakeholder engagement strategy.

PrevPreviousThe REGILIENCE team travelled to the beautiful city of Athens for the EURESFO 2022
NextREGILIENCE took part in the European Research and Innovation Days 2022 with a session on “Mission Adaptation to Climate Change: success factors” & Announcement of the second batch of Mission Charter signatoriesNext